which is still in use after a full restoration in the city of Maastricht, Netherlands.

These instruments are with less depth in the cabinet, and with the so called

help-keyboard underneath the Lower to get a very good sence of feeling playing a pipe organ.

Another weird feature is the use of bicycle cables which Van den Burg only did use in a few instruments.

This instrument from the late famous Klaas Bolt was bought by his father in 1938. But build in 1937!

Both photos are made in 1948 where Klaas is studying at his parents house in Haren, Groningen.

His whole life he did use this Pedalion for study at his home.

13 Years ago I bought another 5 sets of reeds same model for spareparts to get Klaas his Pedalion complete. 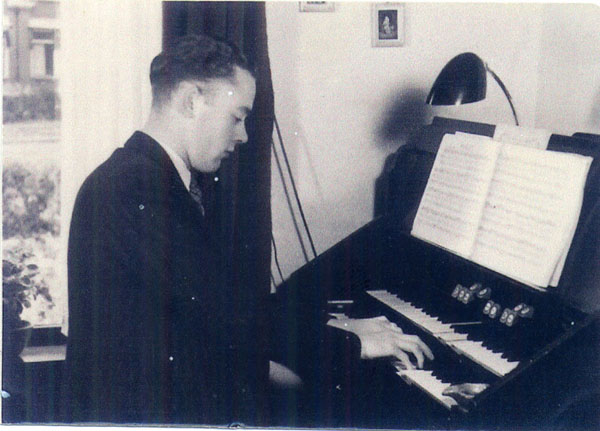 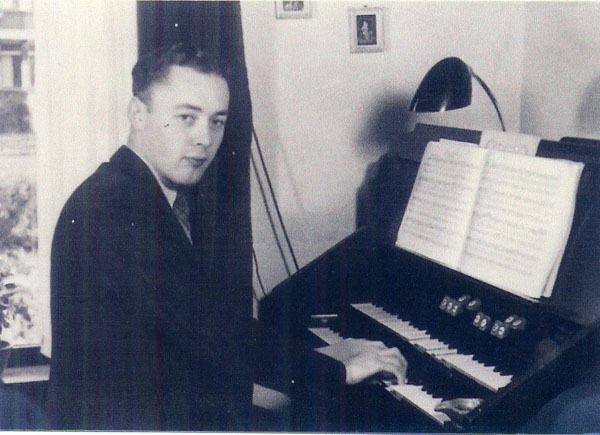 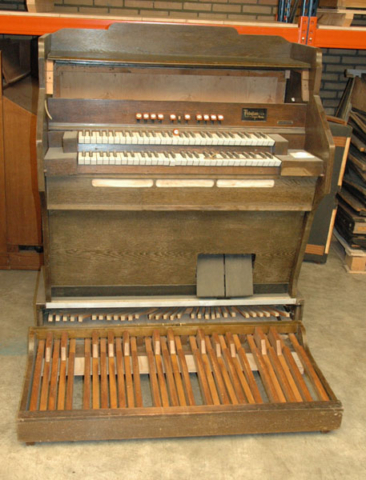 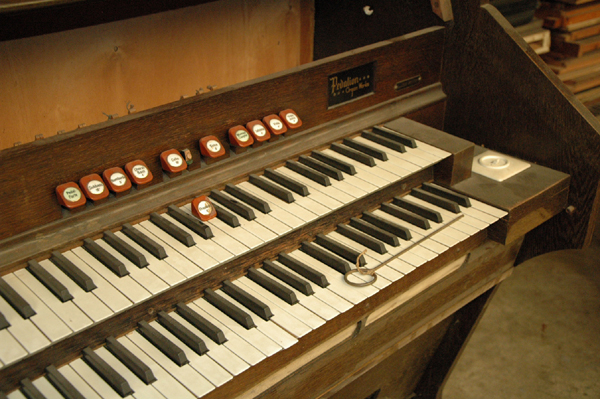 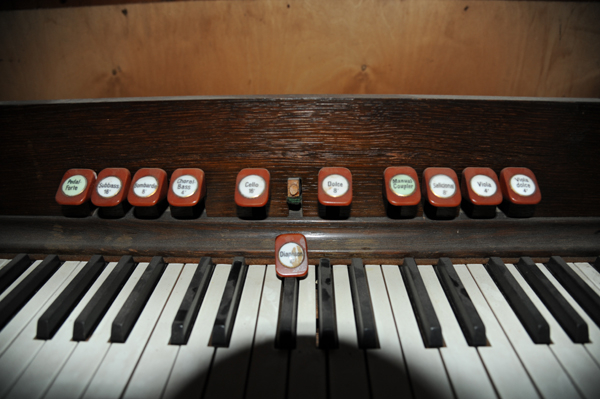 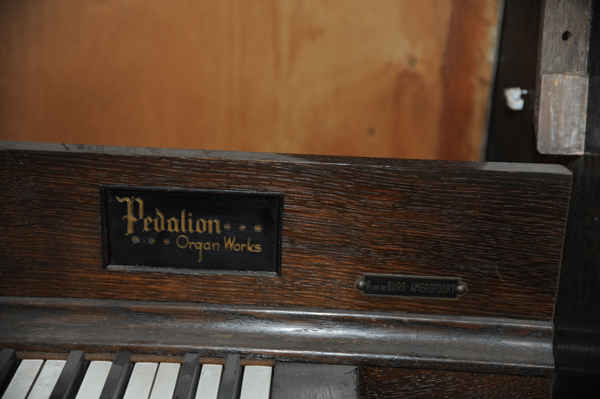 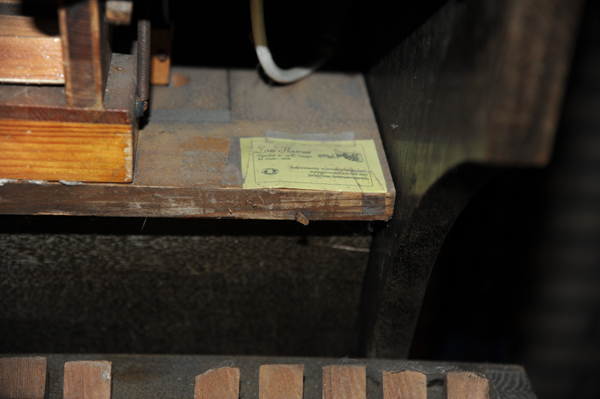 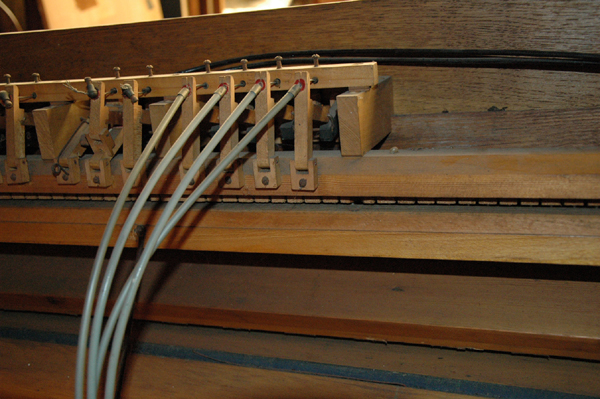 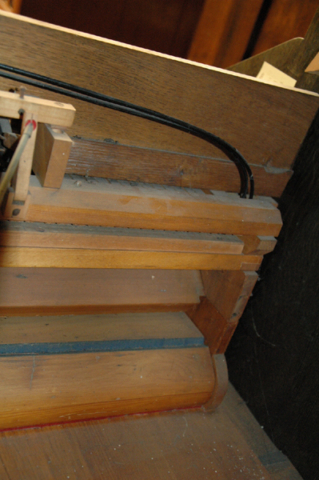 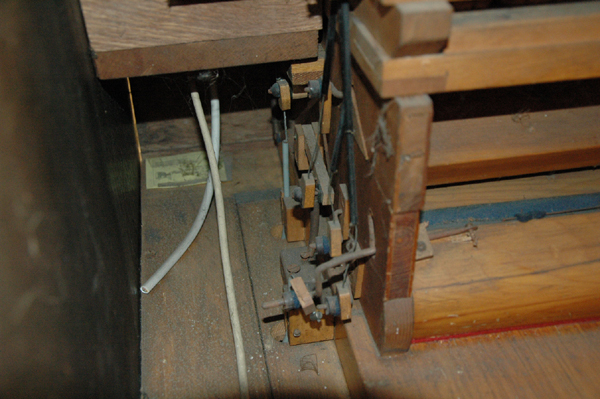 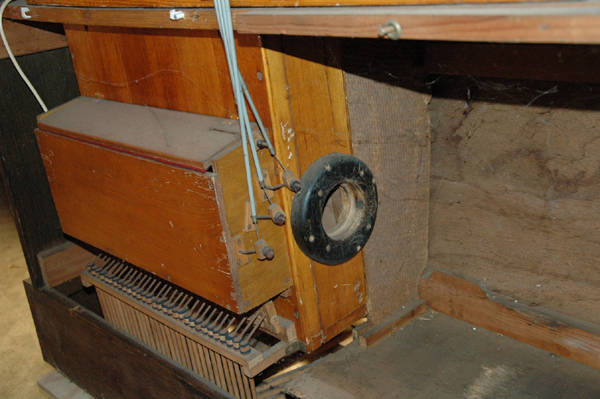 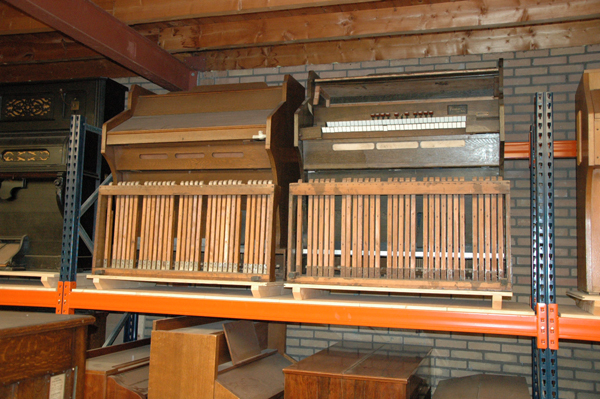