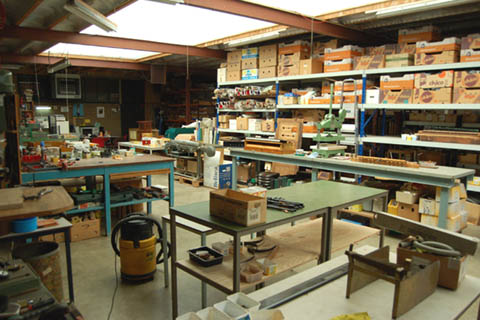 History of the reed organ

The reed organ is a rather young instrument. It was first made in France by Alexandre Debain in 1840, who patented his Harmonium in Paris on August 9, 1840. In this instrument he used a pressure winding system, with free reeds. Since that time his invention is used by many others. The Harmonium was produced by many others during the second half of the 19th century.

During the same period in the US an instrument was developed, also using free reeds, the so-called  "Reed Organ", also referred to as "American Organ".  While  Debain used the pressure system in his instruments, in the American instruments almost always the suction system was used.

The pressure reed organs have a more stronger sound than the so-called suction reed organs, with it's softer and weaker sound. For this reason the suction instruments were mainly used in family homes.

During the second half of the nineteenth century several composers wrote music for this instruments. Some names are Alain, BoŽllman, Cťsar Franck, Karg-Elert, Liszt, Reger, Widor, etc.

During the years after the second world war the reed organ lost it's popularity, and was very often replaced by electronic instruments. Very often old instruments were dumped or "modernized".

Since a few years there is a growing interest in the reed organ and it's music. Some countries have collectors of this unique instrument, and there are a few reed organ museums with a beautiful collection of instruments. Several CD's have been produced with performances on reed organ, or reed organ with piano. In this way the reed organ gets the attention it deserves: an instrument with it's own character and music

More information about this instrument, it's music and it's history can be found in a number of places:

The internet also offers a lot of information about the reed organ, its construction and its history.

The most interesting are: